Support Groups in the Early Years

During CHEWV’s first fifteen years, Coleen Bumgarner worked to establish support groups and contacts throughout the state of WV.  Here she recounts a little bit of what it was like to be a “pioneer” in those early years of homeschooling!

When CHEWV began in 1990 there were few homeschooling families, and the few that existed were scattered across the state.  Finding others committed to homeschooling or interested in homeschooling happened by “word of mouth” or by meeting at events.  Remember, social media and internet blogs weren’t available back then!  So the task of building bridges throughout the state was rather daunting.

My husband and I served as support group liaisons for CHEWV and occasionally a name or phone number would come our way, but with little other information.  It was definitely a challenge finding other homeschoolers in the hills and hollers of our Mountain State!  In fact, due to the geographical shape of WV, some families had already connected with neighbors in Ohio, Pennsylvania, or Virginia.  To complicate matters, the families we found were often secretive or elusive about educating their children, fearing for their freedom and parenting rights.  Understandably, it was hard to convince them to associate openly with other families. It often felt like they were playing the children’s game – Catch me if you can!

CHEWV responded by sponsoring regional meetings and workshops (with free food, of course!) for those who were willing to take on leadership roles and other responsibilities.  We knew homeschooling needed to be a viable and accessible option across our state!

In the early years, most support groups published hard copy newsletters and sent them out by mail monthly.  I tried to get on all the mailing lists so that I could, in turn, share information from group to group. My passion was to connect these random groups, so every month I sent out packets (large manila envelopes!) to the folks I knew.  I collected articles from magazines, made copies, stuffed envelopes, and sent them out to any contacts I had – along with a prayer that someone might benefit.  Bridges were slowly being built in the homeschooling community scattered across our mountainous state.

Today, we can’t even imagine what it was like in those early years – like having only ONE homeschooling magazine and only TWO curriculum choices (yes, just two!).  Then the arrival of the internet changed everything!  The need to connect homeschoolers also changed overnight.  It was suddenly easy to find help, get a question answered, and discover other homeschooling families.  Support group dynamics also changed drastically.  Those early support groups gradually morphed into mega groups able to offer dance, theater, athletics, and all manner of activities.  Yes, the changes that have occurred since those early years have been staggering.

CHEWV’s early quest of finding support groups has changed as well.  As the labor-intensive monthly mailings became a relic of the past, we turned to our website, email, and Facebook page to connect families.  These avenues provide instant and more accurate information for our members and friends.  Yes, our state is still geographically challenged and there are still some pockets where homeschooling families feel isolated, but CHEWV continues to seek out these families and offer support through our expanded outlets in the media.

Phil and Coleen Bumgarner served on the CHEWV board from its founding until 2005 when the last of their three graduated.  They count CHEWV friendships as “tried and true,” remaining precious and dear through the years. 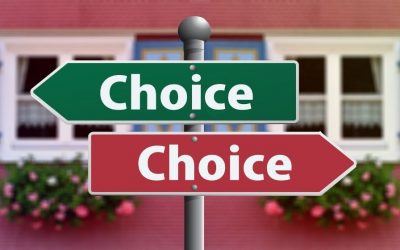