Despite inclement weather and flight delays, I was delighted to meet this week with some of the highest-ranking legislators in West Virginia to discuss improved opportunities for homeschooling families.  On the heels of Homeschool Day at the Capital, I was joined by CHEWV Legislative Liason, John Carey, as we met with the Senate President, Speaker of the House, Chairmen of both the House and Senate Education Committees, and the Governor’s office.

John and I communicated our interest in two pieces of legislation that we expect to be introduced shortly: a bill that would make it easier for homeschooled students to get a driver’s license, and a bill to remove the anachronistic GED requirement for the Promise Scholarship.  We felt the overall response was positive and are optimistic that the legislation will get the needed attention to become law.  With the Governor’s new party affiliation, there is renewed hope that he, too, will be more favorable toward homeschool legislation and less likely to veto it.  Former Senator Mike Hall, a past supporter of homeschool legislation, is the Governor’s new Chief of Staff.

We had opportunity to discuss SB 528, a bill that caused a big stir last year, with Senate Education Chair Kenny Mann. Senator Mann made it very clear that he had had no intention of creating problems for homeschooling families last session, but that the legislation had not properly addressed specific situations where abusive parents of public school-enrolled students were considering homeschooling to escape scrutiny.  The Senator agreed that this was a rare occurrence and assured us that he supported the right of parents to homeschool, personally knowing several homeschooling parents with thriving children.

A different version of the Tebow bill, SB 130, has now passed out of the Senate Education committee and has been referred to the Senate Finance Committee.  Last year I was able to present a national perspective on equal access laws, such as Tebow laws, to help the Legislature understand the national adoption of these laws. Although HSLDA is neutral on equal access legislation, we follow these proposals closely to insure that there are no unintended negative consequences from their passage.

Senator Patricia Rucker and Senator Robert Karnes (Vice Chair of Education) were instrumental in arranging these meetings with key legislators.  Rucker and Karnes are both home educating parents and have been tremendous supporters of our community. Having individuals of their caliber in elected positions in the legislature is invaluable.  We are pleased that Senator Karnes is again bidding for re-election this year.

In addition to our meetings, Home School Day at the Capitol was a great success for WV homeschoolers.  A representative of Governor Jim Justice commended the attendees for their educational commitment as demonstrated by a willingness to shoulder the additional burdens and demands of homeschooling.  He acknowledged the positive track record of homeschooling and shared the Governor’s warm welcome with the group.

Advocating for homeschooling freedom is one of the most important things that we at the Home School Legal Defense Association do.  By working closely with state organizations like CHEWV, HSLDA attorneys review and track hundreds of bills that are related to homeschooling.  HSLDA’s new Legislation Action Center makes our advocacy work even more accessible and efficient, and we invite you to check it out.

It is a privilege to serve homeschooling parents. When we all join together we can protect our freedom and also help each other.  HSLDA serves individual member families with information, advice and legal services.  Your support is essential to our ability to protect homeschooling. If you are not a member, please join us today! 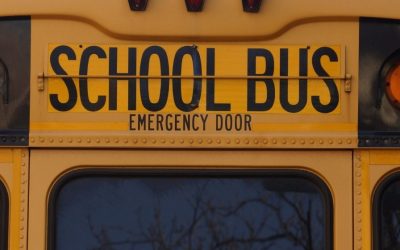 A new law, HB2785, passed in the 2021 session and effective last month, affects homeschooled students who are returning to public school. The latter part of section (e) states, “A transcript or other credential provided by a public school program, private school...

END_OF_DOCUMENT_TOKEN_TO_BE_REPLACED

The Future of Homeschooling:

A Falling or Rising Star? Is child abuse more prevalent in the homeschooling community? That is just one of several questions being addressed in a 7-week online conference entitled Post-Pandemic Future of Homeschooling, sponsored by the Harvard Kennedy School Taubman...