← It's Beginning to Look a Lot Like Christmas Family for Christmas →

Come to Me all you who labor and I will give you rest.

To summarize Hebraic education, we will say that it is an all-the-time, God-centered, eternity-aware, and practical upbringing.  The end goal is to glorify God by living in obedience to Him, serving Him all the days of our lives.

As Marlo was sharing much of this with us, she recounted a memory way back when her son was little.  Whereas Marlo loved writing and talking about things, her young son Zach just wanted to do things!  While she was busy writing out the recipe, he just wanted to bake the bread!  Zach’s dad understood. While he didn’t fancy messes anymore than Marlo did, he was willing to let his son be active even if it meant flour on nearly every surface.

Orderliness sometimes has to be set aside for a bit. While desks and books might be tidier, they aren’t always effective. Dads often come home dirty and messy, don’t they? Their work isn’t always neat. Neither might your child flourish while always contained at a desk reading about abstracts.

Indeed, boys are often oriented to kinesthetic learning – they are likely to be more hands on. Little Zach grew up to be an engineer. Learning by doing was essential.

The Greek classroom is particularly cruel to boys – unless we reduce education to the Greek ideals of physical prowess and athletics.  To use the Greek system to inculcate knowledge is inefficient at best – because it so often precludes real-life application.  Boys, in particular, don’t fit that system very well.  But boys flourish in the Hebrew system of tutors and apprenticeships, one-on-one. Girls do too!

Remember that Christ is calling you to do what He did Himself.  He discipled a few who, when fully prepared, discipled others. That’s what we are doing as homeschooling parents. We are discipling our few for about 18 years, sending them out after they are prepared to disciple others.

During His ministry, there were times when Jesus got tired and needed to get away and be alone. We can relate, can’t we? The work of constant discipleship can be intense. It would feel more comfortable to fit education into a neat box that concludes at a certain time, freeing us to do our own thing for a while. However, while also taking the needed time to communicate with His Father, Christ set the example of faithfully pouring into His disciples as He lived alongside them 24-7.

So will you – if you choose to disciple your kids. It might sound more inviting to fit school into a neat little time slot for a certain number of months. Fit “school” into a set amount of time and then have time left for yourself. But God calls you to teach them about Him and His ways when you sit down, rise up, and walk along the way. That’s pretty much all the time.

It doesn’t last forever – at least the 24-7 part doesn’t. In fact, looking back, it goes like a *poof!*  Those of us who have done it, claim that the days might be long, but the years are short.

We call you to give up homeschooling.  Embrace home discipleship instead.

In this brief piece we introduce important, inspiring, and easy-to-implement ideas. Most homeschoolers know that new legislation can affect educational freedom tremendously. After all, we gained the right to homeschool through valiant legislative effort back in 1986. ...

END_OF_DOCUMENT_TOKEN_TO_BE_REPLACED 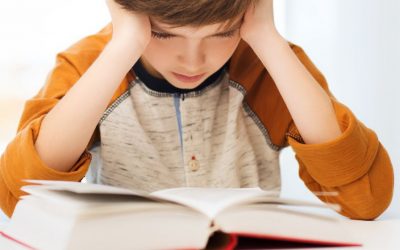 Reading and Math: Fears and Tears

For my son, reading was a disaster that often had both him and my wife in tears. As it turns out, he didn’t read until he was 8 1/2 years old. Yes, that’s right. He wasn’t reading in kindergarten or first grade or second grade…   He now has a master’s degree in...