We’re glad to be part of the CHEWV family!

The modern homeschool movement, birthed in the 1980’s, has produced a legacy of veteran homeschool mamas!  When most of us older moms started our homeschool journeys, there were no older women who had “been there, done that” that we could go to for much-needed advice and wisdom.  Now there are, and we covet their continued involvement and encouragement.

This month we are featuring Cathy Corns, our beloved Test Center Coordinator in the Charleston area.  She graduated her last homeschooled student eight years ago but continues faithfully serving the homeschool community!  We are grateful for her generous example and pray for many legacy homeschool moms to follow in her footsteps.

Cathy is wife to Lenny, mother of three homeschool graduates, and proud grandmother to two homeschooled sweeties.  Among many other things, including a part-time job, Cathy continues to run 1-2 CHEWV test centers in the Kanawha-Putnam area — as she has for over a decade!  She is a legacy homeschool mom!

How long have you been homeschooling?

We began homeschooling in 1998.  Our journey lasted 13 years.

Tell us a little about your family.

The Corns family is very blessed with three marvelous sons, a delightful daughter-in-law, and two perfect grandchildren.  Bo and Savannah, along with Violet and Asa, live in Crestview, Florida.  Bo graduated high school in 2005.  After 12 years with the Air Force, he now works with a computer company that contracts with the Air Force.  George graduated in 2009.  He lives in Winfield and works for the Kroger company.  Christian graduated in 2011, also lives in Winfield, and works for MVB Bank.

Lenny and I began our homeschooling adventure in February 1998.  At the time both Bo and George were in the local government school, 4th and 1st grades respectively.  The homeschooling seed had been planted 1 year earlier.  George, then in first grade, missed a week of school due to illness, and Bo was faithfully bringing home all his school work.  Right smack in the middle of a math assignment, George just spoke his heart.  “Mom, wouldn’t it be great if we could do school at home all the time?”

Well, George went back to government school and completed the 1st grade.  Bo moved into the 5th.  But the seed had sprouted.  It bloomed fully when George’s second grade teacher suggested he be tested for attention deficit.  That, in addition to how displeased we were with the government school textbooks, led us to a Homeschool 101 gathering.  Lenny and I were convicted.  We removed George from 2nd grade in February.  Bo began his home education that September in the 6th grade.  Christian completed all of his education at home.

Admittedly, there were times when I doubted that I was properly equipped to do this critical task.  But then I realized that I was questioning God’s wonderful plan.  So if He thought I was able, I just needed to trust Him to see us through.  He never failed us.

Why are you still involved with CHEWV?

CHEWV was instrumental to our home school.  The conferences were outstanding, featuring speakers that were very inspiring, and offering a time to shop for materials.  The updates regarding the laws of homeschooling kept us current politically.  And the group testing opportunity was a huge blessing.  Most important, the foundation of CHEWV was and continues to be our heavenly Father, His wonderful scriptures, and the Lord Jesus Christ.  That bedrock gave us a real sense of family and that there were others out there facing the same challenges.

Because of the countless blessings our family enjoyed during the school years, I was compelled to remain involved with the group testing.  It’s one tiny way I can give back to CHEWV, for all the precious believers that went before me, held my hand, showed me the way, and even carried me when I was tired.  For me, it’s a small way I can help care for this awesome family of which I’m a part, God’s sons and daughters, my brothers and sisters, just as I was cared for in my time of need.

We are grateful for Cathy’s testimony and her faithful service on behalf of CHEWV families.  We are also thankful for all those who become members – making CHEWV financially possible. When it comes down to it, CHEWV is a community of current and veteran homeschool families working together to serve God and one another.  If you have not yet joined us, we invite you to become a member today! 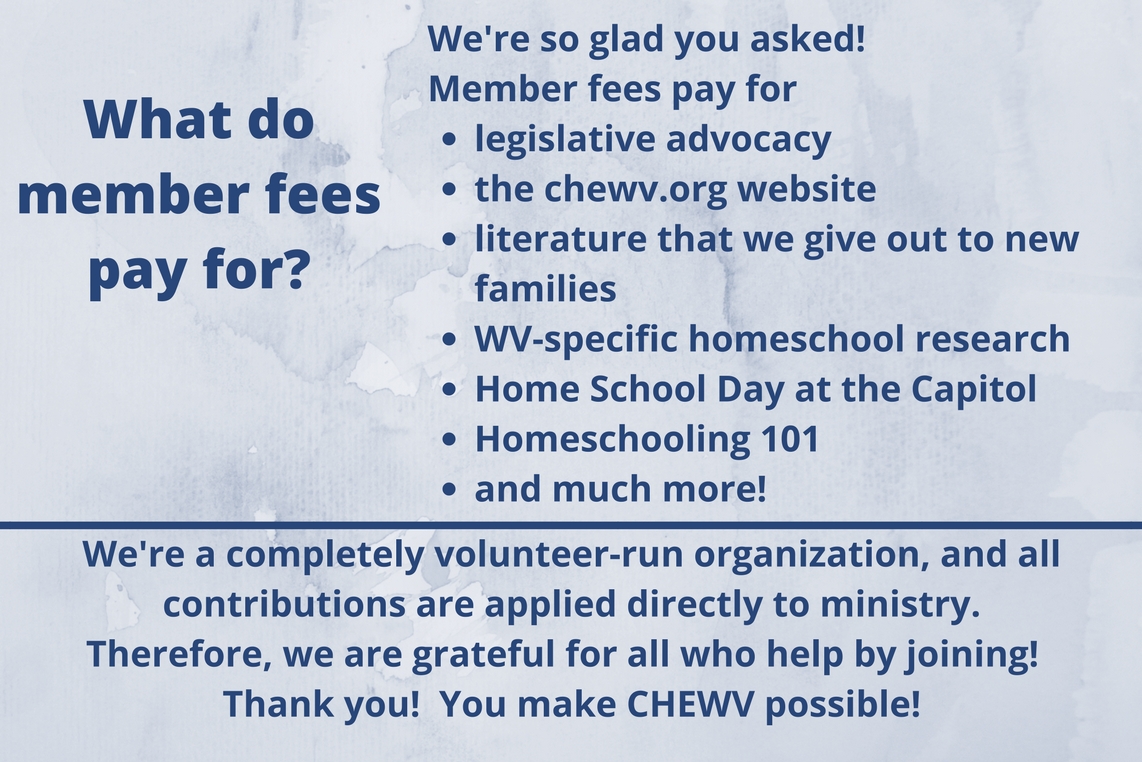 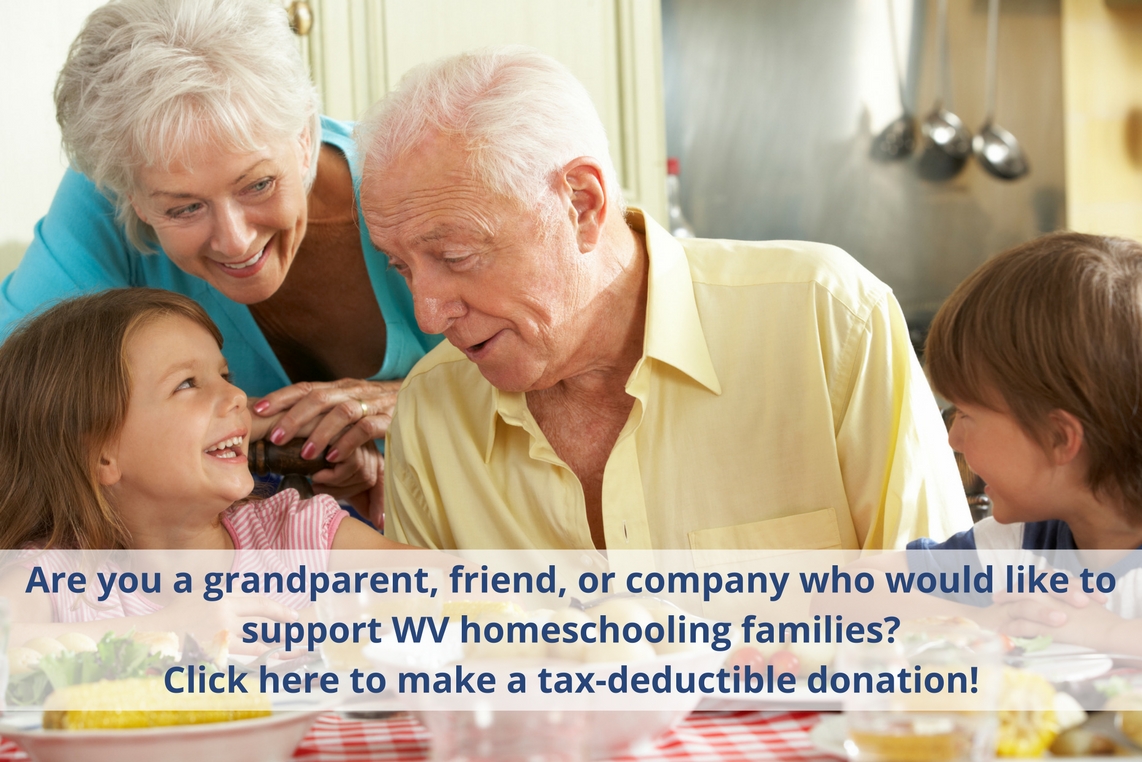